The deer came under the tree, then the leopard jumped from above, see what happened again in the video 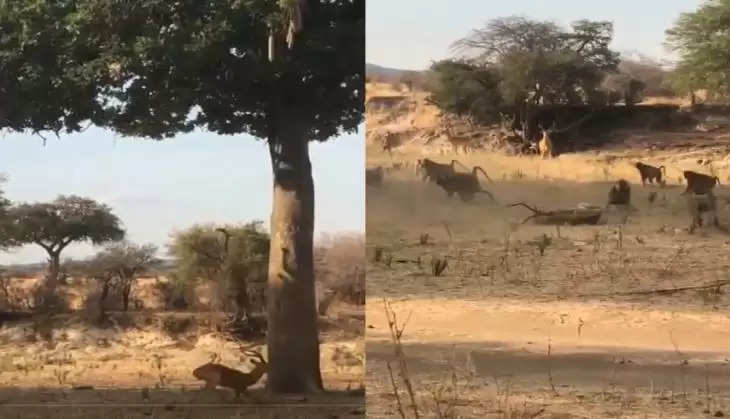 ajab gajab jaipur desk !!!
ajab gajab jaipur desk !!!Leopard is a feared predatory animal and it is also capable of climbing trees. He attacks his prey by ambushing, from which there is little hope of escape from him. We found one such video on social media. In which a leopard climbed a tree and hunted a deer. But to save the deer, many monkeys attacked the leopard. What happened after that, you can see in the video itself. This video has been shared by Indian Forest Service officer Dr. Samrat Gowda from his Twitter account.