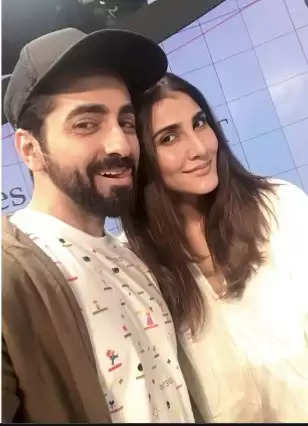 Vaani Kapoor turns a year older today and the actress is celebrating her 33rd birthday this year. Her recent release 'Bell Bottom' has got her appreciation from the audience as well as the critics. As the actress celebrates her special day today, her co-star from her upcoming film 'Chandigarh Kare Aashiqui Ayushmann Khurrana wishes her a special birthday post.

Sharing a photo of both of them, Ayushmann wrote,"Happy Birthday @vaanikapoor Can't wait for the world to see you as Maanvi in #Chandigarh Kare Aashiqui." Vaani will be seen playing the role of Maanvi in the film.

The duo will be seen together in Abhishek Kapoor's Chandigarh Kare Aashiqui. It is a love story set in North India. Ayushmann will be seen essaying the role of a cross-functional athlete in the film while Vaani plays his love interest. The film is produced by T-Series in collaboration with Guy In The Sky Pictures.

Vaani is currently enjoying the success of her film 'Bell Bottom' which has become the first big banner film to release in the theatres after a long hiatus. She will also be seen in 'Shamshera' starring Ranbir Kapoor and Sanjay Dutt.  The film is directed by Karan Malhotra and is about a dacoit tribe who took charge in the fight for their rights and independence against the British.

We wish her a very happy birthday!