The cat hunted the pigeon and the eagle attacked, see what happened next in the video] 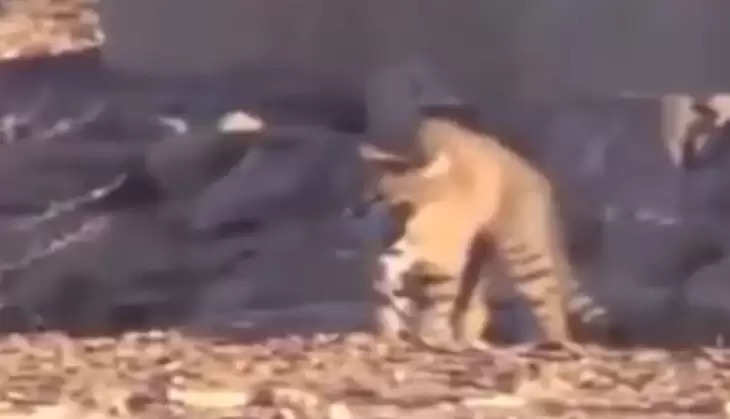 ajab gajab jaipur desk !!!The cat has the power to catch its prey by jumping and catching it in the blink of an eye, does all the work. But on the other hand, the eagle is such a bird that not only makes other birds its prey, but also kills and eats cats and rabbits many times. We got to see one such video on social media. In which a cat hunted a pigeon and an eagle attacked the cat. What happened after that you can see in this video.

This video has been shared with the Twitter account named Life and Nature. Which has been viewed 513 times so far. Also, this video has got 30 likes and four retweets so far. In this video it can be seen that many pigeons are sitting on a wall at some place. At the same time, the cat is also looking for prey.