Bengaluru, Jan 24 (IANS) The second season of the Prime Volleyball League is just around as the second instalment of the unique and exciting league tees-off here February 4. 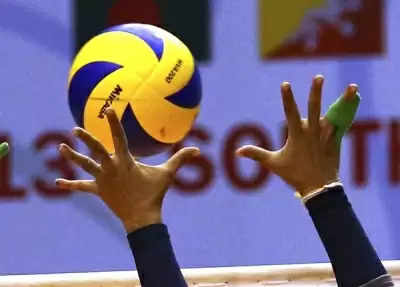 Bengaluru, Jan 24 (IANS) The second season of the Prime Volleyball League is just around as the second instalment of the unique and exciting league tees-off here February 4.

The Bengaluru Torpedoes will start the second season of the league with a new guiding light at the helm in the form of Coach, David Lee.

The three-time Olympian, Lee is starting his coaching journey with the Bengaluru Torpedoes after concluding an illustrious playing career featuring in the first season of the PVL. David remarked with great elation as he said, "I am extremely excited for my new opportunity to Coach the Bengaluru Torpedoes for season 2 of RuPay Prime Volleyball League. We will have a few weeks to prepare to make our Championship run."

A Gold Medalist in 2008 and 2014 of the World League, he featured in the lineup of Calicutt Heroes as a player last season in the League. David Lee talked about how his experience as a player in the league will give him an edge as Coach this time around, "Being a player in this league gives me unique insight into the challenges that face our team, taking into account that there are different rules when compared to traditional volleyball. Understanding the super point, super serve and short set score and using this experience to devise a winning strategy."

"Another plus is that I have played against most of these players and know their strengths and weaknesses.", he added.

David Lee, who in fact won a Gold Medal with USA Volleyball team at the 2008 Summer Olympics that was held in Beijing spoke about the Bengaluru Torpedoes' objectives for the upcoming season. He said, "Our objective is simple, we are here to win. We have a team mission statement that our team has borrowed from my 2008 Olympic team."

His Olympic team's mission statement looks to produce a conducive environment for all players in the Bengaluru Torpedoes squad as it will encourage the players to invest themselves completely in pursuit of the goal of winning the league Championship in the upcoming season. They all will be committed to becoming students of the game as they will work tirelessly with their bodies and minds to realise their individual and collective potential. Finally, the mission statement affirmed that they will compete relentlessly, and will remain composed and focused in the heat of battle. At all times, they will strive, in thought and in action, to represent themselves and their team with honour.

Speaking on the same he remarked, "Expect a team that will work hard for every point and a team that has above average skills in serve and reception."

He went on to speak about the Bengaluru Torpedoes squad's composition, as he said, "Our current squad is young and talented. They have a great work ethic and are willing and eager to learn. I couldn't have asked for a better group of players."

The League is well on its way of helping the sport of Volleyball grow in India. David Lee went on to talk about what India lacks as a Volleyball nation and how the RuPay Prime Volleyball League addresses those issues, as he said, "I think India lacks perspective when it comes to the nuances of the game. I think RuPay Prime Volleyball has done a great job by adding their own flair to the game. They've created a product that is unmatched by any other league currently. They have also consulted with top professionals in the sport and have given foreign coaches a voice to teach the younger generation coming through."

"I think Prime Volleyball League has produced the most entertaining product in Volleyball. They have combined Bollywood and Volleyball to make the greatest volleyball show I've seen," he added.