Madrid, Jan 22 (IANS) Real Madrid have a difficult and vital trip to face Athletic Club Bilbao on Sunday night and the pressure is likely to be on Carlo Ancelotti's side. 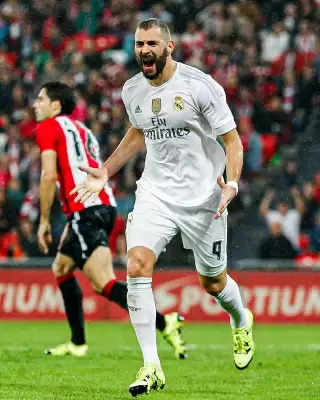 Madrid, Jan 22 (IANS) Real Madrid have a difficult and vital trip to face Athletic Club Bilbao on Sunday night and the pressure is likely to be on Carlo Ancelotti's side.

If Barcelona win their match at home to Getafe earlier in the day, Madrid will be six points behind the side that beat them in the Spanish Super Cup, in the race for the La Liga title, reports Xinhua news agency.

Ancelotti's men got a huge morale boost on Thursday as they came back from 2-0 down to eventually win 3-2 away to Villarreal in the Copa del Rey to set up a quarterfinal at home to Atletico Madrid next week.

As the game was played on Thursday, it gives Ancelotti little time to recover tired legs among his players, although Luka Modric, who was rested in the Cup, should be available.

However, Lucas Vazquez, Dani Carvajal, David Alaba and Aurelien Tchouameni are all out, meaning Ferland Mendy will continue at left back, with Nacho Fernandez on the right.

Athletic Club had a comfortable win over Espanyol in the Cup on Wednesday night, but the Basque side have problems in defense, where Inigo Martinez remains sidelined with a foot injury.

In-form Yeray Alvarez is suspended for the game after his harsh sending off away to Real Sociedad last weekend. The club appealed against the red card to every possible committee, but the final appeal to the Administrative Sports Tribunal was rejected on Saturday morning, meaning Aitor Paredes will probably partner Daniel Vivian at the back.

Athletic's main problem this season is turning possession into clear-cut chances, but players such as the Williams brothers, Nico and Inaki, along with Oihan Sancet and Iker Muniain, have the ability to cause Madrid problems and a full San Mames promises one of the best atmospheres in the Spanish game.