Al Thumama (Qatar), Nov 25 (IANS) Senegal registered a convincing 3-1 win over hosts Qatar in a Group A clash in the FIFA World Cup at the Thumama Stadium on Friday to keep their Round of 16 qualification hopes alive. 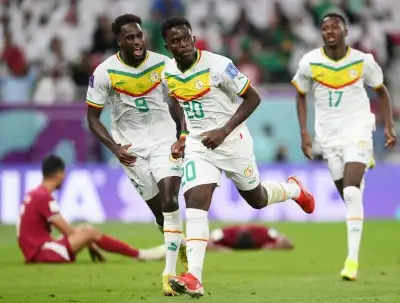 <br>Boulaye Dia, who was booked by the Spanish referee for a foul, got his name on the scorers list with a goal four minutes away from the first half whistle. Famara Diedhiou added a second one three minutes after resuming the play.

Qatar pulled one back through substitute Mohammed Muntari in the 77th minute. Senegal struck their third goal through substitute Cheikh Dieng with seven minutes to go for the final whistle to put the issue beyond doubt for the African champions.<br> <br>Senegal started well, having the chunk of possession and playing long balls into the Qatar box. On the other hand, the hosts tightened up the gaps and tried to find a way up the pitch into the Africa Cup of Nations champions' penalty area.<br> <br>The hosts kept Senegal at bay and did not pose much of a threat to their rivals except for two long shots which never put keeper Edouard Mendy to test.