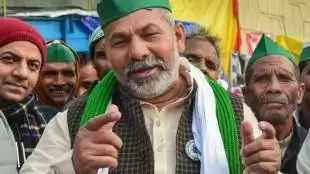 Targeting the central government, Bharatiya Kisan Union leader Rakesh Tikait said that farmers will now demand an account from the government as to what happened to the Center's promise of doubling income. In fact, it has been said by the Central Government and PM Modi on several occasions that their goal is to double the income of the farmers. Rakesh Tikait tweeted on Friday, 'Modi ji had said that farmers' income will double by 2022. In 2015, 4600 basmati paddy was being sold to the farmers, today it is being sold for Rs 2600 a quintal. Income increased or decreased. Now its account will also be sought.