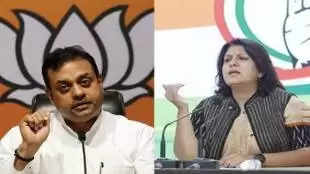 jaipur des !!!The Taliban have seized power in Afghanistan. It is reported that President Ashraf Ghani, who fled the country, has taken refuge in the United Arab Emirates. The Ministry of Foreign Affairs of the UAE has given this information by issuing a statement. During the debate on the Afghanistan issue itself, Congress spokesperson Supriya Shrinet said in a debate show that the Narendra Modi government should clarify whether it believes in Taliban-ruled Afghanistan or not. BJP spokesperson Sambit Patra responded to his words, after which a heated argument was seen between the two.