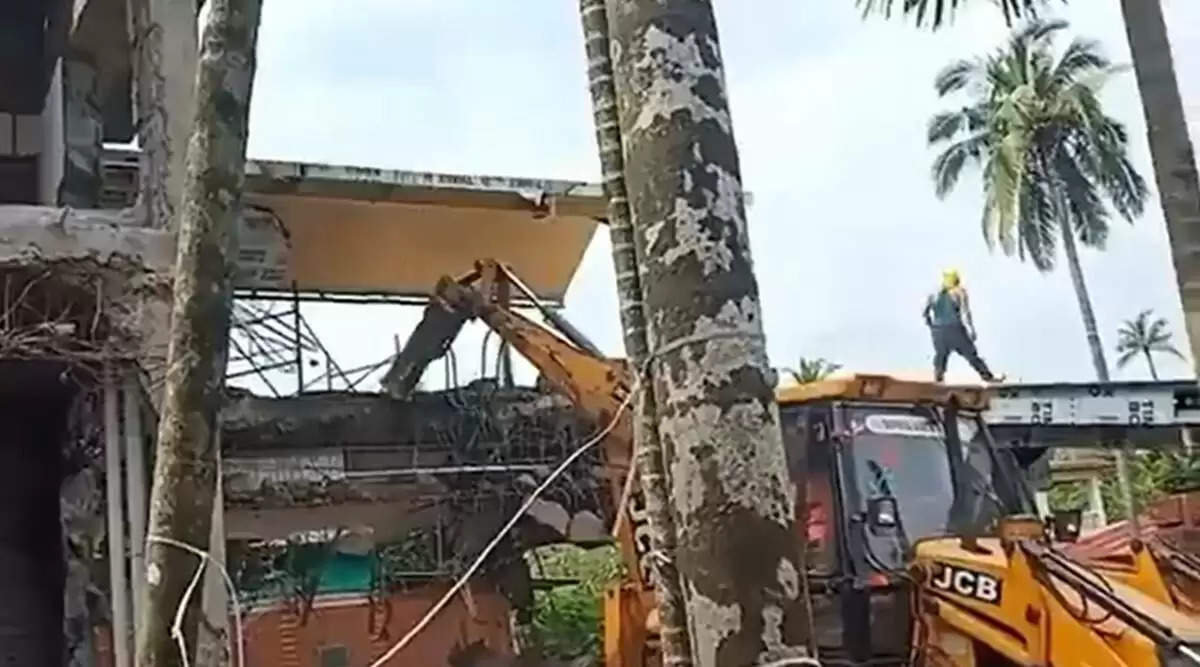 JAIPUR DESK !!!Maharashtra Chief Minister Uddhav Thackeray's personal assistant Milind Narvekar demolished his own bungalow in Murud, Ratnagiri district, following allegations of illegal construction and violation of Coastal Regulation Zone rules imposed by the BJP. Shiv Sena sources said Narvekar demolished his house in anticipation of action by the authorities. Narvekar had reportedly built a 2,000-square-foot sea-facing bungalow at Murud, Dapoli. Narvekar's move to demolish his bungalow on his own is being seen as an attempt to avoid any embarrassment.