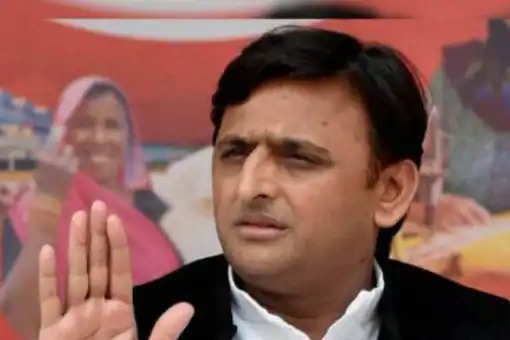 The BJP in Uttar Pradesh has mounted an attack on Samajwadi Party supremo Akhilesh Yadav for not paying his last respects to former Chief Minister Kalyan Singh, asking if he did not do so in order to not offend his Muslim voter base. Samajwadi Party leaders, however, said Yadav did issue a statement condoling Singh’s death.

Kalyan Singh’s body was kept at his Mall Avenue residence in Lucknow on August 22 and Prime Minister Narendra Modi and BJP President JP Nadda had paid their last respects to him there. But no one from the SP turned up at Singh’s residence, including former CMs Mulayam Singh Yadav and Akhilesh. State BJP president Swatantra Dev Singh on Tuesday asked why Akhilesh did not do so though he lived just a kilometre away from Kalyan Singh’s residence. “Was it the love of Muslim votes that stopped him from paying his last respects to the tallest leader of the backward community?” Singh asked. Deputy chief minister Keshav Prasad Maurya said Akhilesh had lost the moral right to speak for the backward community by not paying last respects to Kalyan Singh.

A senior SP leader told News18 that Akhilesh issued a statement on the morning of August 22 expressing deep sorrow at Singh’s death. “Akhilesh said Singh had a special place in the state’s politics and he would be always remembered as an able administrator. He also said a vacuum has been created in politics as a result of Singh’s demise,” the SP leader said. He added that Akhilesh was away at Saifai on August 22 for Rakshabandhan and had, in fact, left Lucknow the previous night. “The SP expressed sorrow in the way we thought appropriate and one must remember that Kalyan Singh was not our leader. Our local leaders were present at Singh’s funeral in Atrauli the next day. The BJP is the party which had expelled Kalyan Singh twice and, in fact, we stood beside him at that stage and he became an MP — whose political cost we paid. Why has BJP not made Kalyan Singh’s son Rajveer Singh a minister if they care so much for him?” the SP leader said.