Ban on the word 'Gorakh business' in Haryana, CM Khattar's decision on the appeal of Gorakhnath community 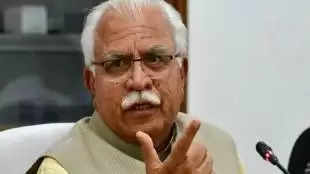 The Haryana government has banned the use of the word 'gorakh dhandha' which is commonly used to refer to immoral acts. According to an official statement released on Wednesday, Chief jaipur des !!!Minister Manohar Lal Khattar took the decision in this regard after meeting a delegation of Gorakhnath community. The delegation urged Khattar to ban the use of the word as it hurts the sentiments of the followers of Sant Gorakhnath. The Chief Minister said that Gorakhnath was a saint and the use of this word in any official language, speech or in any context hurts the sentiments of his followers.