Bad words of BJP MLA, said- reply to TMC in Talibani style, the party backed out if there was a ruckus 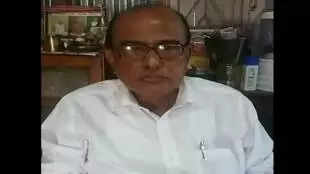 jaipur desk !!! Tripura's ruling Bharatiya Janata Party (BJP) MLA Arun Chandra Bhowmick has reportedly courted controversy by saying that if the Trinamool Congress leader reaches the Agartala airport, his party workers will be accompanied by him in 'Talibani style'. They should be fought. However, the BJP said that it is not his, but the statement of the MLA. Trinamool Congress is eyeing the 2023 assembly elections in Tripura and party leaders, including general secretary Abhishek Banerjee, have been visiting the hill state time and again to build a base and build an organization for the Trinamool. Trinamool is so far confined to West Bengal. Belonia constituency MLA Arun Chandra Bhowmik said, "Trinamool Congress