New Delhi, Nov 24 (IANS) The Supreme Court has quashed the Telangana High Court order giving go-ahead to a special investigation team (SIT) set up by the state government to probe, under court supervision, into the alleged attempts by "BJP agents" to poach four TRS legislators. 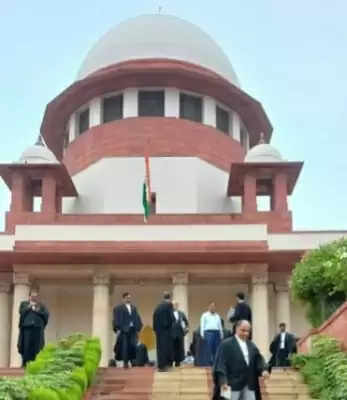 New Delhi, Nov 24 (IANS) The Supreme Court has quashed the Telangana High Court order giving go-ahead to a special investigation team (SIT) set up by the state government to probe, under court supervision, into the alleged attempts by "BJP agents" to poach four TRS legislators.

A bench comprising Justices B.R. Gavai and Vikram Nath said: "The impugned judgment(s) and order(s) dated 15.11.2022 passed by the Division Bench is, therefore, quashed and set aside."

On November 15, a division bench of the high court had declined to transfer the probe to the CBI and asked the SIT under the Police Commissioner to report to it.

The apex court, hearing the plea by three accused challenging the high court order, said: "We find that some of the directions which are issued by the judges of the division bench are not sustainable in law."

However, the apex court refused to entertain the appeal of the three accused against the direction to surrender but asked the high court to consider their bail applications expeditiously.

In an order passed on November 21, the top court further added that the single judge is requested to consider the writ petition(s) filed by the present petitioner(s) on its own merits and in accordance with law, as expeditiously as possible and preferably within four weeks from today. The order in the matter was uploaded on the apex court's website on November 23.

The bench said: "Senior counsel appearing for the petitioner(s) as well as learned counsel for the respondent-State agree that the matter needs to be reconsidered by the single judge on its own merits without being influenced by the observations made by the division bench."

"We are inclined to make the aforesaid request since we are informed that the writ petition filed by the present petitioner(s) is already fixed for 29.11.2022 before the single judge of the high court."

The bench also expressed its displeasure at the comments made by a single judge of the high court, in its order, asking the three accused to surrender to the police.

On October 26, Cyberabad police arrested the accused for attempting to entice TRS MLAs to switch over to the BJP. They were produced before an Anti-Corruption Bureau (ACB) special court, which declined to send them to police remand. The special court noted that police did not follow Supreme Court guidelines regarding arrest as laid down in the 2014 ruling in Arnesh Kumar Vs. State of Bihar.

A single judge of the high court set aside the special court's decision and asked the trio to surrender before the Cyberabad police. The single judge had observed: "A parental guidance by the Supreme Court through the judgment in Arnesh Kumar's case is thus not a sword of Damocles either in respect of police officers or magistrates who exercise the power of arrest and remand respectively."

The apex court, in its order, said: "With great respect to the learned Judge, such observation is totally unwarranted. We further find that the reasoning on which the revision has been allowed is also not sustainable."

It further added, "we find the approach of the learned Single Judge of the High Court in dealing with the present matter was totally untenable. Though, it is always said that the High Court is not a Court subordinate to the Supreme Court. However, when the High Court deals with judgments of this court, which are binding on everyone under Article 141 of the Constitution of India, it is expected that the judgments have to be dealt with due respect".