Hyderabad, Jan 23 (IANS) The Telangana government on Monday suspended a Deputy Tahsildar after he was arrested for intruding into the house of senior Indian Administrative Service (IAS) officer and chief minister's secretary Smita Sabharwal here. 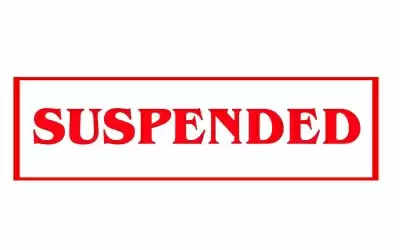 Hyderabad, Jan 23 (IANS) The Telangana government on Monday suspended a Deputy Tahsildar after he was arrested for intruding into the house of senior Indian Administrative Service (IAS) officer and chief minister's secretary Smita Sabharwal here.

Taking a serious note of the incident, the government suspended Anand Kumar Reddy.

Medchal Malkajgiri district collector issued orders suspending the Deputy Tahsildar. Officials of the revenue department will serve the orders on Anand Kumar Reddy in Chanchalguda Central Jail where he is currently lodged.

The incident reportedly took place on the night of January 19 but came to light on Sunday.

Smita, who is secretary to Telangana chief minister, raised an alarm when the Deputy Tahsildar approached her around 11.30 a.m. in her villa in IAS officers' quarters in Jubilee Hills. The security staff apprehended him and handed over to police. He was booked for criminal trespass.

Anand Reddy's friend K. Babu, who was waiting in the car outside the house, was also caught and handed over to the police.

The official took to Twitter on Sunday to reveal the incident.

"Had this most harrowing experience, a night back when an intruder broke into my house. I had the presence of mind to deal and save my life. Lessons: no matter how secure you think you are- always check the doors/ locks personally," she tweeted and advised people to dial 100 in an emergency.

Anand Reddy (48) entered the high-security quarters saying he was going to B-17 villa but instead trespassed into the woman IAS official's villa (B-11).

He reportedly told police that he had gone to the IAS officer to discuss the issue related to his promotion.

The Deputy Thasildar also reportedly tweeted to the IAS officer that he is at her doorstep.

Both Anand Reddy and Babu were produced before a magistrate, who remanded them to judicial custody for 14 days.

Police have launched a high-level probe into the incident.

Smitha Sabharwal was staying in the house with her two children. Her husband Akun Sabharwal, an IPS officer, is on Central deputation serving an intelligence agency.