Thiruvananthapuram, Jan 22 (IANS) Kerala Finance Minister K.N. Balagopal will present his third budget on February 3 with the Budget Session of the Assembly commencing on Monday. 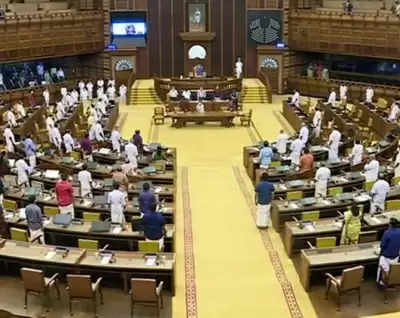 Thiruvananthapuram, Jan 22 (IANS) Kerala Finance Minister K.N. Balagopal will present his third budget on February 3 with the Budget Session of the Assembly commencing on Monday.

The session will commence with the customary address by Kerala Governor Arif Mohammed Khan.

The Budget Session will continue till February 20 and, after a break of a week, will reconvene from February 27 to be continued till March 30.

The assembly, however, will not be in session from January 25 to 31 as the Congress leaders from the state will be in Jammu and Kashmir to attend the concluding programme of former party president Rahul Gandhi's Bharat Jodo Yatra.

The motion of thanks on the Governor's budget address will commence on February 1 with debate on the address to follow.

There are possibilities of a hike in the drinking water tariff and the finance minister is likely to raise the maximum revenue.

The government is likely to be on a sticky wicket as there are a number of issues including an unholy nexus of police officers with the underworld leading to the dismissal of some police personnel and suspension against others. The buffer zone issue will also crop up during the budget debate in the house.

The CPI-M leader and party councillor in Alappuzha, Shanavas, is suspended from the party area committee after alleged links with the smuggling of banned drugs and this will be taken up by Congress in a big way in the house.

The CPI-M, it is to be noted, has been in a campaign on no to drugs, and the Congress and UDF plan to prick the bubble during the debate in the house.

The issue in Congress, including the recent allegations raised by the family of deceased KPCC treasurer, Pratapachandran, that he died of mental torture by Congressmen will figure in the discussion. Prajit Pratapachandran, son of Prathapachandran, had told media persons that the state Congress president, K. Sudhakaran did not take any action even after his request that his father died of immense mental pressure and social media attacks against him by Congressmen and that he had submitted a written complaint for a police investigation to the Chief Minister.

Police have already taken up the investigation into the matter. This issue will be raised by the CPI-M legislators during the session.

The move of Congress leader, Shashi Tharoor to attend public programmes across the state will also be figured for discussions in the house.