Noida, Jan 22 (IANS) Suicide graph in Gautam Buddh Nagar is rising at an alarming rate, and most of the time people are taking the extreme step due to psychiatric problems and loneliness. 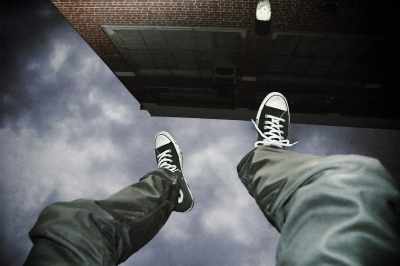 <br>Mental stress takes a heavy toll on the life of people. If people face failure in any realm, they tend to get depressed. Everyone needs familial support but due to nuclear families now-a-days, people don't get much of it.

People suffering from mental disorders and depression end their life, considering it to be more easy then facing the issues.

Noida reported ten cases in last week. On January 17, a 16-year-old youth ended his life by jumping in front of train at Golf Course Metro station.

A native of Etawah, Kishore, who used to reside with his friends in Sector 36, was having mental issues. He could not convey the problem to his friends or family and kept slogging.

On January 18, 45-year-old Saba Siddiqui, who used to stay with her family in Sector 62, ended her life by jumping off the fifth floor. She was undergoing treatment for depression at Fortis Hospital.

On January 18, a shopkeeper hanged himself to death in a society on expressway.

On January 19, an engineer residing in Paramount society committed suicide.

Former IMA president, Noida Chapter, Dr N.K. Sharma, in an exclusive interaction with IANS, said: "Now-a-days children and youth want everything before time and that is the reason that when they are in a tight spot or suffer depression, they are unable to tell it to others as their families are away and friends are unable to understand. Unable to bear it, they end their life."

"Competition right from education to social life has increased so much that in a bid to leave others behind, they make efforts but when they don't succeed, they opt for suicide," he said.

"Earlier, in the times of joint families in villages, youths were always under fear that some one will spot them if they will indulge in any wrongdoing. However, there is no such fear now," he said.

According to Dr Sharma, "In the suicide cases coming to fore, the main reason behind it is loneliness. Today, if you look around, whosoever is stressed and suffering from mental issues, they do not have anyone to look after them or talk to them."