Chennai, Jan 22 (IANS) The Congress is contemplating fielding Sanjay Sampath for the bypoll to Tamil Nadu's Erode East Assembly constituency scheduled to be held on February 27. 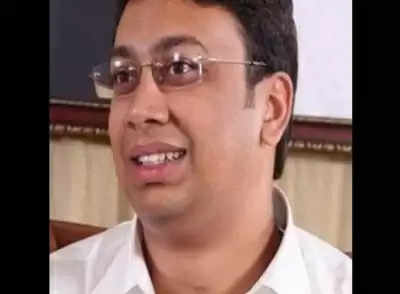 Chennai, Jan 22 (IANS) The Congress is contemplating fielding Sanjay Sampath for the bypoll to Tamil Nadu's Erode East Assembly constituency scheduled to be held on February 27.

The by-election was necessitated following the passing away of E. Thirumahan Everaa, who was the sitting legislator from the constituency.

Sanjay Sampath is the brother of Thirumahan Everaa and the younger son of former Union minister and senior Congress leader, E.V.K.S. Elangovan.

Elangovan. while speaking to IANS. said that he has already sounded the TNCC President, K.S. Alagiri, and other leaders on his wish to field Sanjay Sampath for the seat and that he himself is not interested to contest the election.

He also said that a few other Congress leaders are also interested in contesting the seat and hence the decision should be taken by the party's high command.

Elangovan is a former KPCC president and his grandfather's brother was the founder of the Dravidian movement, E. Ramaswamy Periyar or Thanthai Periyar. During the 2019 general elections, he, however, was the only candidate who lost the Lok Sabha seat at Theni to the AIADMK candidate. The DMK, Congress front had won 38 seats out of the 39 Lok sabha seats in Tamil Nadu.

EVKS Elangovan and TNCC president, K.S. Alagiri are in different groups of the Congress politics in Tamil Nadu.