Diaspora against BBC documentary on Modi, to hold London protest

New Delhi, Jan 24: The cacophony against the BBC has gone up a notch higher. Feeling insulted by the BBC documentary on Prime Minister Narendra Modi, the Indian diaspora in the UK is holding a protest against the British broadcaster on Sunday afternoon, January 29. 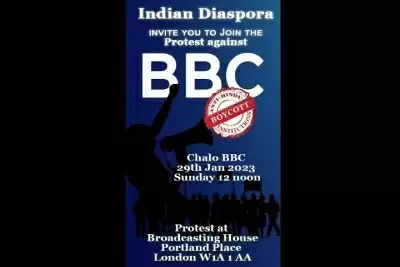