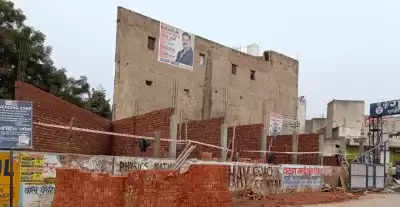 According to the MCG officials, the shop plans of these structures were not approved by the civic body.

"A team led by junior engineer Mohit Kumar carried out the drive in zone-1. We had received the information that the construction of these buildings was underway even though their building plan was not approved by the civic body," said Akhilesh Kumar, joint commissioner of Zone-1.