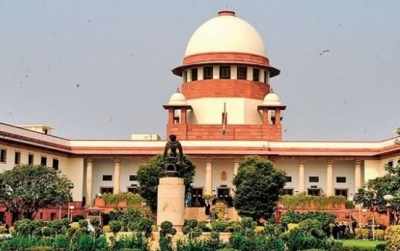 A bench headed by Chief Justice D.Y. Chandrachud and comprising Justice Hima Kohli refused to interfere with the Bombay High Court, which granted bail to Teltumbde and dismissed the plea filed by NIA. However, the top court said the observation of the high court shall not be treated as conclusive final findings at the trial.

Senior advocate Kapil Sibal, representing Teltumbde, contended before the bench that the high court has already dealt with the matter and they showed to it that there is no evidence against him.

The bench asked the NIA's counsel, what is the role attributable to him? Additional Solicitor General Aishwarya Bhati, representing the NIA, said under UAPA, it is not necessary that the terrorist act is to be carried out and there is preparatory act carried out for proscribed organisation.

The Chief Justice said for example, in the IIT Madras event it has been alleged he is mobilising Dalits. Is Dalit mobilisation preparatory act to proscribed activity? Bhati replied, "no, that is not what I was meaning to say", and he is a professor and he can say whatever he wants to say.

She further added that the court should look at the larger canvas of how CPI(M) works and they can show that he is connected to the organisation - in propagation of ideology, organising, fund transfer, etc.

After hearing detailed arguments, the bench said it is dismissing the NIA's plea.

A division bench of Justice A.S. Gadkari and Justice Milind Jadhav granted the bail plea of Teltumbde, filed in 2021, challenging an order of the special NIA court rejecting his bail application in July last year.

However, the high court stayed the bail order for a week to allow the National Investigation Agency (NIA) appeal against it in the Supreme Court.

Granting him bail of Rs 100,000 plus two sureties, the division bench noted that prima facie, UAPA sections for offences of unlawful activities, terrorist acts and conspiracy were not made out, though membership and support to a terror group was made out.

The NIA had accused Teltumbde of being the convenor of the Elgar Parishad of December 31, 2017, where fiery speeches were made which allegedly resulted in a caste violence at Bhima-Koregaon, Pune, on January 1, 2018, in which one person was killed.

The two incidents sparked a nationwide furore and later the investigations by Pune Police, followed by the NIA, expanded the scope of the probe to an alleged conspiracy to assassinate Prime Minister Narendra Modi and overthrow the central government.

The NIA charged Teltumbde for being an active member of the banned CPI(Maoist) and deeply involved in "furtherance of its agenda". Strongly opposing the bail plea, NIA's special public prosecutor Sandesh Patil also accused Teltumbde of inspiring his brother, the late activist Milind Teltumbde, to participate in the movement and shared prohibited literature from international conferences with him.