New Delhi, Jan 22 (IANS) Prime Minister Narendra Modi has called a meeting of his Council of Ministers on January 29 before the Parliament's budget session which is going to start from January 31. 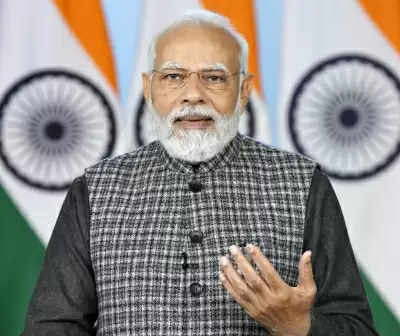 The meeting of the Council of Ministers, called before the last full budget of the tenure of the Modi government, is being termed crucial. On February 1, Union Finance Minister Nirmala Sitharaman will present the Union budget.

According to sources, in the meeting, Prime Minister Narendra Modi can give special instructions to all the ministers regarding the budget session. Since this will be the last full budget of the Modi government, the Prime Minister would want that after the presentation of the budget, all the ministers should work tirelessly to highlight its public welfare aspects to take them to the public. Because along with the assembly elections to be held in nine states of the country this year, the party would also like to take the advantage of this budget in the Lok Sabha elections to be held next year.

In the meeting, many ministers can also give presentation regarding the functioning of their respective ministries. As there are reports of reshuffle and expansion in the Modi cabinet, this can also be discussed in the meeting. If sources are to be believed, the exercise of cabinet reshuffle can begin within a few days after this meeting to be held on January 29.

Overall, this first meeting of the Council of Ministers of the Modi government to be held in 2023 is going to be very important in many ways.