9 years after he was declared a 'foreigner', HC gives Assam man another chance

Guwahati, Jan 22 (IANS) The case of Ranjit Das, a resident of Assam's Karimganj district, is interesting and unusual. He was declared a foreigner by a tribunal court in Karimganj as there were discrepancies in many documents he had provided to the Foreigner's Tribunal (FT) when his citizenship was challenged. 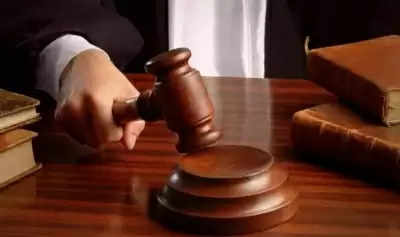 <br>The records of the proceedings in the FT court reveal that documents provided by Das showed his ancestors' names were different in a number of documents.

His grandfather's name has also been changed more than once. In fact, according to the tribunal, Das could not produce a few other documents required to prove that he was an Indian citizen.

As a result, nine years ago, a Foreigners Tribunal court in Karimganj declared Ranjit Das, a resident of the Patharkandi area of the district, as a foreigner who entered India illegally after 1971.

Since then, Ranjit Das has been fighting his case in the Gauhati High Court, challenging the FT's decision.

In a written statement to the FT, Das had said that he was born in Uptakhali village in the Dharmanagar area of Tripura. However, he does not remember the date of birth.

In 1977, his father, Nandalal Das, moved from Dharmanagar to the Patharkandi police station area in Assam's Karimganj district.

Interestingly, his grandfather's name was Sisanna Das again on the voter list of 1993.

On the other hand, Das has submitted his Class 10 admit card, where it appears that his father's name is Nandalal and not Nandakumar Das.

After the FT called him a foreigner, Ranjit Das appealed to reconsider that opinion. But it was rejected. He then filed a writ petition in the Gauhati High Court challenging the opinion of the Foreigner's Tribunal.

In a recent order, the High Court offers hope for the man who is seeking another chance to establish his citizenship.

The Court said that various voter lists show that Das has established linkages with his father, Nandalal Das. Only his father's name, Nandakumar Das, is written on the admit card.

On his Class 10 admit card, however, his father's name is written as Nandakumar Das, not Nandalal.

The two judges sent the case back to the FT and have asked for reconsideration. According to the High Court, the Tribunal should give Ranjit Das the opportunity to explain the errors in the name in various documents.

The High Court asked him to appear before the tribunal again on February 17.