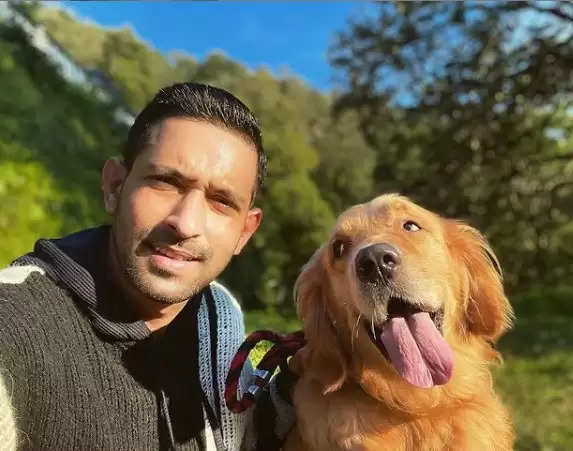 Last month Vikrant Massey announced his new project 'Forensic' with the motion poster of the film. The team is currently shooting for the film and now the actor has introduced everyone to a new character from the sets of the film.

Sharing a photo with a dog, he wrote,"Please welcome the newest member of our team, Bruno!!! #Forensic". Dogs really play a very crucial part in investigating a murder case and we are sure Bruno will play an important role in the film.

Film Forensic is a mystery thriller film directed by Vishal Furia. It is produced by Deepak Mukut, Mansi Bagla and Varun Bagla under their banners of Soham Rockstar Entertainment Pvt. Ltd. & Mini Films, and co-produced by Hunar Mukut. It is a story of a forensic officer trying to crack the case of a psychotic murderer who is on a killing spree.