Nargis met Raj Kapoor in a filmy style, the actress was upset over this act; started complaining to a friend 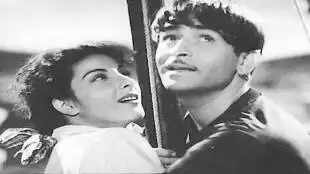 entertainment jaipur desk !!! The pair of famous Bollywood actor Raj Kapoor and actress Nargis was considered the hit pair of Hindi cinema. Both were also in a lot of discussion about their affair. Their relationship lasted for years, although they could not marry each other. Like the love story of Raj Kapoor and Nargis, their first meeting was also no less than a story. When Raj Kapoor reached Nargis's house, Nargis was busy making pakodas. Not only this, Nargis also complained about Raj Kapoor to close friend Neelam after their first meeting. According to BBC Hindi, Raj Kapoor's daughter Ritu Nanda had told in one of her interviews that Raj Kapoor wanted to shoot the film 'Aag' in 'Mahalaxmi Studio', but during that time Nargis's mother was shooting