a better connection would have been made.. When Ranbir said this in front of Aishwarya, he had told the story 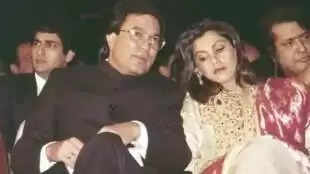 entertainment jaipur desk !!!BAishwarya Rai and Ranbir Kapoor showed their sizzling chemistry in the film 'Ae Dil Hai Mushkil'. Although Ranbir and Aishwarya had worked together for a film even before this, they just did not appear on screen together. The name of the film was 'Aa Ab Laut Chalen'. Ranbir was the assistant director of this film. At the same time, Aishwarya Rai was playing the main character in the film. Then Aishwarya and Ranbir became good friends. Ranbir had told- When we met on the set of Aa Ab Laut Chale, then that dream Arju dream reality had all started. Knew that Aishwarya Rai is a legend but she became my friend on the very first day itself. When I was 14-15 years old, everyone was treating me like a child. But Aish gave me equal status.