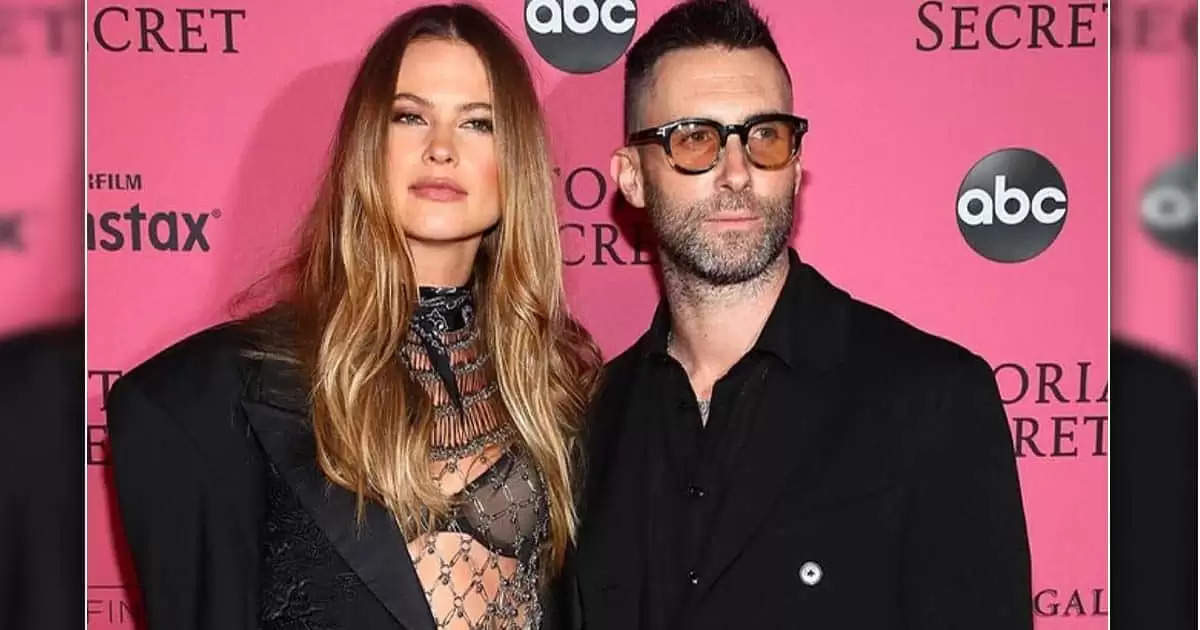 Los Angeles, Maroon 5 frontman Adam Levine and his spouse Behati Prinsloo continue to put on a united front amid cheating allegations against him. The pair have been caught showcasing public displays of affection (PDA) during their latest outings, brushing off any speculation about possible marital issues, reports aceshowbiz.com.The singer and the model stepped out together on Wednesday morning, several days after the affair rumors began spread. The couple was seen holding hands while running errands in Montecito, California. They made sure their hands were visible above the shrub that blocked the view of their lower halves. Levine kept a low profile in a black graphic T-shirt and a black baseball cap with a pair of sunglasses. Prinsloo, who is currently pregnant with their third child, also kept it casual in a white cut-out tank top and dark shades, while her long blonde hair was styled in a slicked-back bun. The two were spotted again a few hours later with the former Victoria's Secret Angel making a quick outfit change. She traded her white tank for a pink tank top, while her hair was let loose. They were seen having a chat, laughing, and even holding on to each other. Levine and Prinsloo were first spotted together since the cheating allegations on Tuesday. 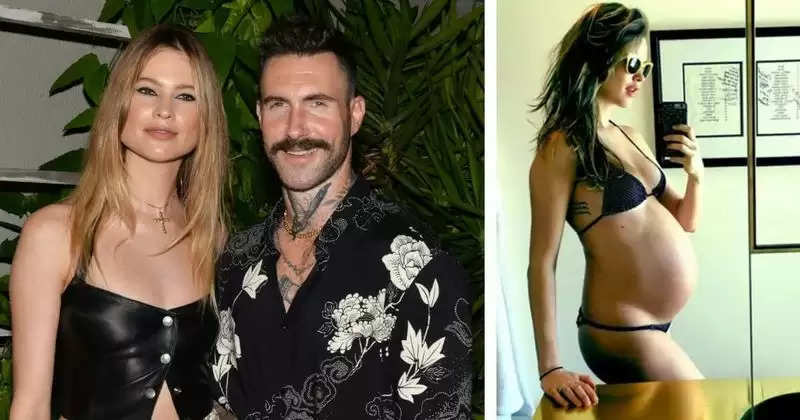 At the time, they have seen all smiles as they picked up their two children from school near their $52 million Montecito home, showing no signs of marital issues. Levine's alleged infidelity was first exposed by model Sumner Stroh, who claimed in a TikTok video that she and Adam had a relationship for about a year when he was already married to Behati. She added that they have not talked for months now, but shared a screenshot of an alleged message sent by Adam to her in which he asked: "Ok, serious question. I'm having another baby and if it's (a) boy I really wanna name it Sumner. Are you OK with that? DEAD serious."He later issued a statement denying that he had "an affair". He, however, admitted to showing "poor judgment" and that he "crossed the line".More women have since come forward with claims that Levine flirted with them. 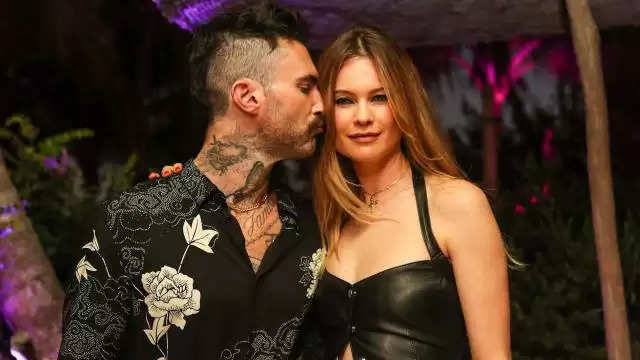 One of them was a comedian named Maryka, who posted on her Instagram Story a screenshot of an alleged conversation with the Maroon 5 frontman in which he told her: "Distract yourself by f**king with me!"Maryka also shared a video Adam sent to her in which he said, "I'm stupid", though the context in which he sent it is not clear. Another woman named Alyson Rose also posted a bunch of direct messages allegedly from Levine." I shouldn't be talking to you you know (right)?" he allegedly asked in one of the messages. During another exchange, when Alyson stated she only likes metal music, the 'This Love' hitmaker allegedly responded: "Said no hot chicks ever other than you."Most recently, Levine's former yoga instructor accused him of sending a flirtatious text to her. Taking to her Instagram Story with the hashtag #ExposeAdamLevine, Alanna Zabel claimed the 'Never Gonna Leave This Bed' crooner, whom she worked with between 2007 and 2010, sent her a single flirty text while he was still romantically involved with waitress Becky Ginos, whom he dated between 2006 and 2009." One day he texted me saying 'I want to spend the day with you naked'. I was in the bath but my jealous ex saw it and went into a rage," she wrote. Alanna said the text ruined her relationship with her boyfriend and changed her life."Massive life changing, destructive moment, and when I told Adam he ignored it, never apologized (sic), removed me from the upcoming tour, and iced me out during one of the most devastating times of my life, all from his one flirtatious text," so she claimed. 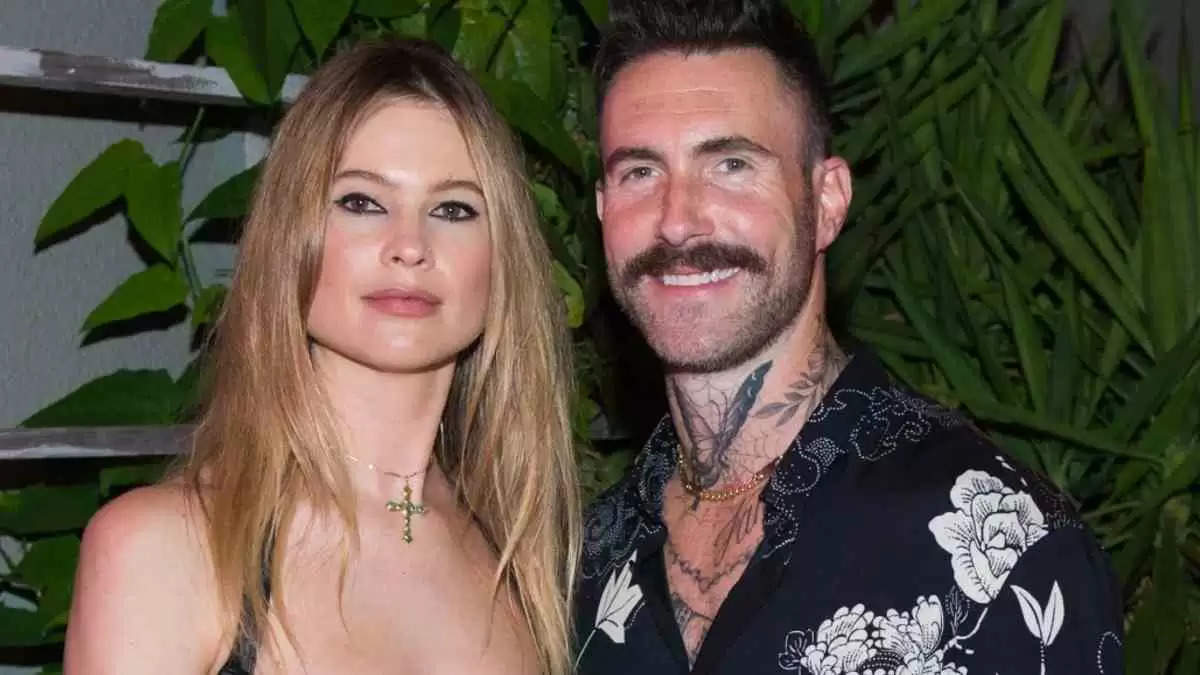 Of how Behati reacted to the cheating allegations, a source has told E! Online: "Behati is upset but she does believe him that there was no physical affair. They have been together this entire time. She feels they are happily married and is shocked to find out what was going on behind her back."There are no excuses for his inappropriate behavior but he says it was nothing physical. He's disappointed in himself and upset that he has hurt his family like this. It's a wake-up call and has made him realize that he has a lot to work on."