The hyenas were trying to hunt the lion, see what happened next in the video 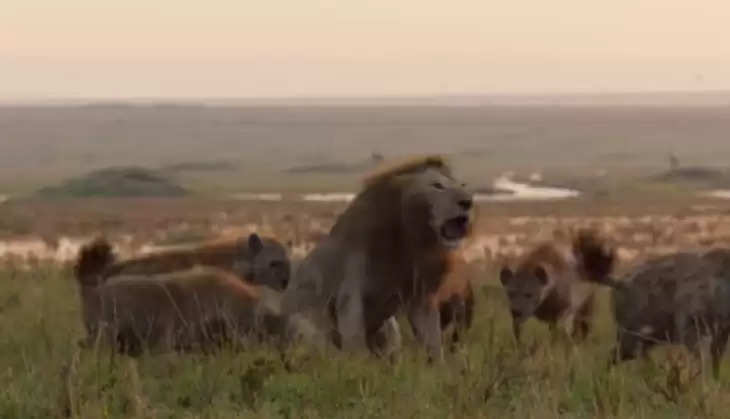 ajab gajab jaipur desk !!!
Even though the lion is called the king of the jungle, but sometimes he gets trapped in the clutches of other animals and his condition worsens and he is unable to do anything. We saw one such video on social media. In which a lion accidentally reached among the hyenas. Then what was the fear of the hyenas, the lion started trembling. Seeing this video clip of BBC Earth documentary, you will surely be surprised and understand that there is really a lot of power in unity which can defeat even the most powerful person.