Crocodile attacked a herd of buffaloes who came to drink water in the lake, see what happened next in the video 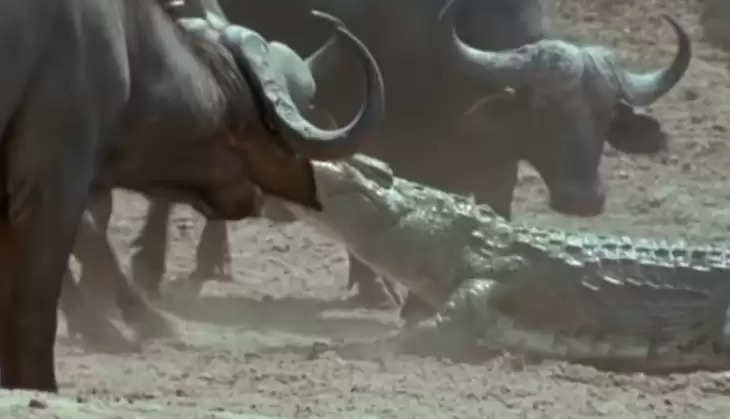 ajab ajab jaiopur desk !!!Garamchha has the power to swallow any animal alive, but sometimes due to this power, it is also defeated. Because he forgets in front of his strength that the animal in front of him i.e. the prey is also very dangerous, which can also put him to death. We found one such video on social media. In which a crocodile can be seen trying to hunt a buffalo. This video has been shared by BBC Earth from its YouTube channel.

In this video of the BBC documentary, you can see that a herd of buffaloes has reached a small pond located in a field to drink water. A crocodile is also present in this pond. As soon as the buffaloes start drinking water on the banks of the pond, the crocodile comes out of the water rapidly and attacks the buffaloes. crocodile during this