Angry elephant attacked the young man, see what happened next in the video 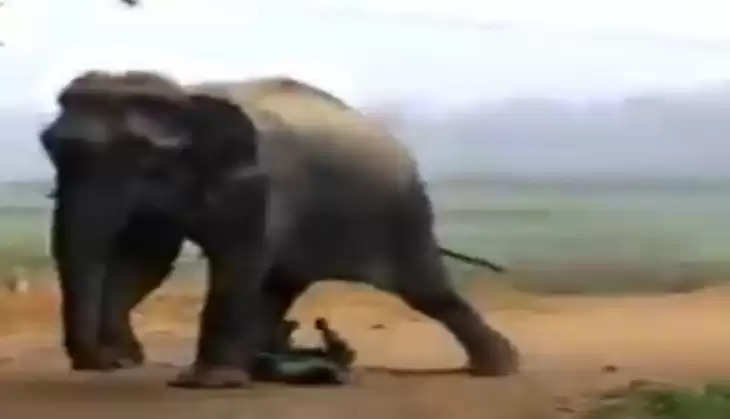 ajab gajab jaipur desk !!!Elephants are considered to be as intelligent as they are angry. Many times in anger, he attacks people and takes their lives. We found one such video on social media. In which an angry elephant attacked a young man riding a bicycle and you will be surprised to see what happened after that. This video has also been shared from Twitter account @5_Adel_5. After sharing the video, it has been viewed more than 4900 times so far.

Also, this video has got 10 likes and six retweets so far. In this video, it can be seen that an angry elephant has dropped a young man on the ground and is trying to kill him with his feet. Seeing this, many people have been present there who are shouting loudly to get the young man free from the elephant. But the elephant is so angry that he is repeatedly trying to crush the young man with his kick.