London, Nov 25 (IANS) The UK government on Friday announced to put people who share so-called ‘deepfakes -- explicit images or videos manipulated to look like someone without their consent -- behind bars. 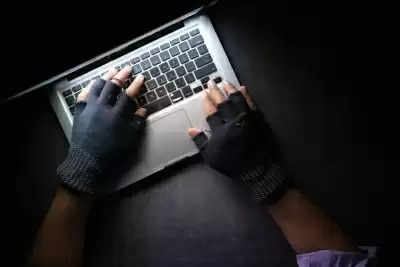 London, Nov 25 (IANS) The UK government on Friday announced to put people who share so-called ‘deepfakes -- explicit images or videos manipulated to look like someone without their consent -- behind bars.

Under a planned amendment to the Online Safety Bill to protect women and girls, such offenders will be among those to be specifically criminalised for the first time and face potential time behind bars.

The government will also bring forward a package of additional laws to tackle a range of abusive behaviour including the installation of equipment, such as hidden cameras, to take or record images of someone without their consent, the Ministry of Justice said in a statement.

"This will deliver on Prime Minister Rishi Sunak's pledge to criminalise the practice, in line with previous measures this government has taken to outlaw ‘upskirting'," the ministry added.

"We must do more to protect women and girls, from people who take or manipulate intimate photos in order to hound or humiliate them. Our changes will give police and prosecutors the powers they need to bring these cowards to justice and safeguard women and girls from such vile abuse," said Deputy Prime Minister and Secretary of State for Justice, Dominic Raab.

The law recognises that intimate image abuse is harmful and wrong and these reforms will build on government action to address the ever-evolving nature of these problems in the digital era.

The government has taken steps to update offences that tackle "revenge pornography" and voyeurism, which are used to deal with intimate image abuse alongside other offences such as harassment, malicious communications, blackmail, and "coercive or controlling behaviour".

"I welcome these moves by the government which aim to make victims and survivors safer online, on the streets and in their own homes," said Domestic Abuse Commissioner, Nicole Jacobs.

The package of reforms follows growing global concerns around the abuse of new technology, including the increased prevalence of "deepfakes".

These typically involve the use of editing software to make and share fake images or videos of a person without their consent, which are often pornographic in nature. A website that virtually strips women naked received 38 million hits in the first 8 months of 2021.