Indian-origin man killed during robbery at US petrol station

New York, Jan 22 (IANS) An Indian-origin man has been killed during a robbery at a Philadelphia petrol station where he was working, police said. 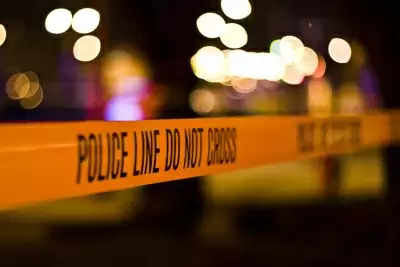 New York, Jan 22 (IANS) An Indian-origin man has been killed during a robbery at a Philadelphia petrol station where he was working, police said.

The police on Friday announced a $20,000 reward for the capture of three suspects wanted in the killing of Patro Siboram on Tuesday morning when he was working during the night shift.

Patro, 67, was born in a small town in eastern India and immigrated to the US in 1988, according to an obituary posted by the funeral home taking care of the final rites.

According to police, Patro was killed during the robbery by three masked persons, one of them with a handgun.

The police circulated pictures of the suspects from surveillance cameras.

According to the US Bureau of Labour Statistics, people working in sales have the highest rate of being killed.

Indians and other South Asians who work in large numbers at petrol stations, which are open in late hours, are often victims.

In September, Paramveer Singh was killed at a petrol station in Tupelo, Mississippi.

In November, a Pakistani immigrant, Ali Zulfiqar, was killed at a petrol station in New York and his alleged shooter was arrested following the killing of a Philadelphia police officer in which he is a suspect, according to police.

On a Gofundme page, set up for Patro's family, his son Sachin wrote, "My dad, was one of the most kind-hearted and friendly people you could've ever met. He lit up any room with his energy and jokes. He made sure his friends were taken care of and reminded us all, constantly, that life is too short to sit and be stressed."

As of Saturday afternoon, Gofundme had raised donations of $26,980 from 325 people.