London, Nov 25 (IANS) Universities on Friday warned of potential job loses amid claims that foreign students could be banned from entering the UK unless they have a place at a top university, local media reported. 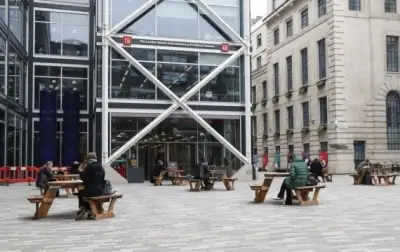 London, Nov 25 (IANS) Universities on Friday warned of potential job loses amid claims that foreign students could be banned from entering the UK unless they have a place at a top university, local media reported.

Rishi Sunak is said to be mulling the action, along with a blanket ban on overseas students bringing their families with them, as he tries to get a grip on immigration, Daily Mail reported.

The UK Prime Minister on Thursday vowed that immigration will fall and hinted at a crackdown on student visas after net numbers coming to the UK soared to a "breathtaking" record high of 504,000 in the year to June.

Downing Street indicated last night that plans to bring overall numbers down could include putting up barriers for international students' loved ones and restricting admissions to top universities.

But Universities UK president Prof Steve West said any move to restrict overseas student numbers would force some universities to close. Many rely on funding from fees far in excess of those paid by UK students.

"That'd be a complete disaster across the country in towns and cities that rely on unis ... to attract inward investment," he told LBC.

"Businesses are attracted to where universities are ... we're talking in terms of tens of billions of pounds to the economy.

"I don't think we can afford to turn our backs on what is an incredibly successful export industry."

The move would be in line with proposals being explored by Home Secretary Suella Braverman, who has previously complained about foreign students 'bringing in family members who can piggyback onto their student visa' and 'propping up, frankly, substandard courses in inadequate institutions', Daily Mail reported.

The estimates were compiled by the Office for National Statistics (ONS), which said the jump was driven by 'unique' factors including visa schemes for Ukrainians and Hong Kong citizens, and students arriving from outside the European Union.