Britain's Sanctions or US' U-turn on Stand? What to Expect as G7 Leaders Hold Talk on Taliban Recognition 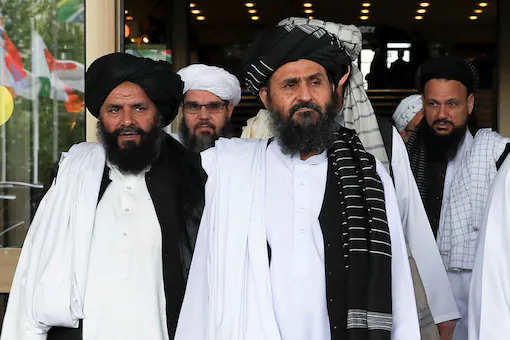 Leaders of the G7 countries are expected to decide on whether or not to officially recognize or sanction the Taliban when they meet virtually to discuss Afghanistan today.

US allies are still smarting from Washington’s delays in outreach after Kabul fell on August 15, and foreign diplomats in Washington said cooperation will be a key theme of the call.

The Taliban’s lightning-fast takeover of the country this month, after US troops started to withdraw and President Ashraf Ghani fled, left foreign governments scrambling and sparked a panicked mass exodus from the country.

- A European diplomat said G7 leaders will agree to coordinate on if or when to recognize the Taliban and they will commit to continue to work closely together.

- The United Kingdom currently holds the rotating leadership of the grouping of wealthy nations that include Canada, France, Germany, Italy, Japan and the United States.

- Leaders of the United States, Britain, Italy, France, Germany, Canada, and Japan may use the possibility of unified official recognition, or renewed sanctions to push the Taliban to comply with pledges to respect women’s rights and international relations.

- The earlier agreement signed by President Trump explicitly states that the group “is not recognized by the United States as a state.”

- Britain is planning to push world leaders to consider new sanctions on the Taliban as it believes the G7 should consider economic sanctions and withhold aid if the Taliban commits human rights abuses and allows its territory to be used as a haven for militants.

- G7 leaders will also discuss a possible extension of Biden’s August 31 deadline for withdrawing US forces, to give the United States and other countries more time to locate and evacuate Western citizens, Afghans who aided NATO and US forces and other vulnerable people, the sources said.

- G7 leaders will also commit to coordinate on any sanctions, resettlement of a wave of refugees, and concerns about possible attacks by Islamic State groups, the sources said.

- The G7 will take stock of the current evacuation efforts and commit to coordinating closely on further steps, including security, humanitarian assistance, resettlement of refugees and potential sanctions, the sources said.