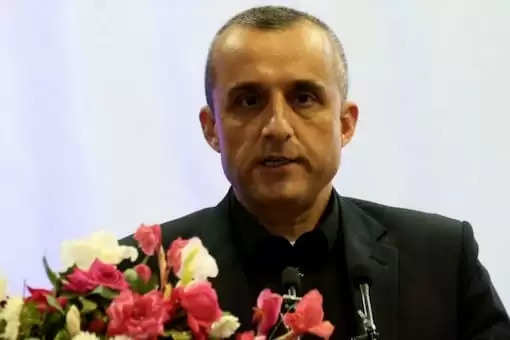 Afghanistan’s ‘acting’ President Amrullah Saleh has highlighted the dire “humanitarian situation” in Andarab valley of northern Baghlan province and accused the Taliban of committing human rights violations in the region. This comes as clashes were reported between the Taliban and resistance forces in the Andarab region, according to a report in Asian News International.

Early on Tuesday, Saleh tweeted, “Talibs aren’t allowing food & fuel to get into Andarab valley. The humanitarian situation is dire. Thousands of women & children have fled to mountains. Since the last two days Talibs abduct children & elderly and use them as shields to move around or do house search." (sic)

The Taliban were faced with local resistance in Panjshir valley, led by Ahmad Massoud, son of popular anti-Talibban leader Ahmad Shah Massoud. But in what seems to be a complete victory for the Taliban, opposition fighters in the last bastion of anti-insurgent territory in Afghanistan — Panjshir — are preparing for a “settlement" in the absence of resources and international support, The Telegraph reported.

Panjshir Valley never fell to the Taliban during the civil war of the 1990s and was not conquered by the Soviets a decade earlier. Other ousted Afghan leaders, including Saleh, are also a part of the resistance. A few days ago Massoud had vowed he would not surrender to the Taliban.

Saleh had also warned the Taliban against entering Panjshir valley. On Monday, he had tweeted, “Talibs have massed forces near the entrance of Panjshir a day after they got trapped in ambush zones of neighboring Andarab valley & hardly went out in one piece. Meanwhile Salang highway is closed by the forces of the Resistance. “There are terrains to be avoided". See you." (sic)

The Taliban seized power in Afghanistan two weeks before the United States was set to complete its troop withdrawal after a costly two-decade war. The insurgents stormed across the country, capturing all major cities in a matter of days. The Taliban’s leaders, however, have sketched out what their control of the country could look like, promising peace at home and urging the world to look past their history of violence and repression. “We don’t want Afghanistan to be a battlefield anymore — from today onward, war is over,” said Zabihullah Mujahid, the Taliban’s longtime chief spokesperson had said in a news conference in Kabul. While the Taliban claim to not repeat the excesses of their previous rule, not many are convinced.