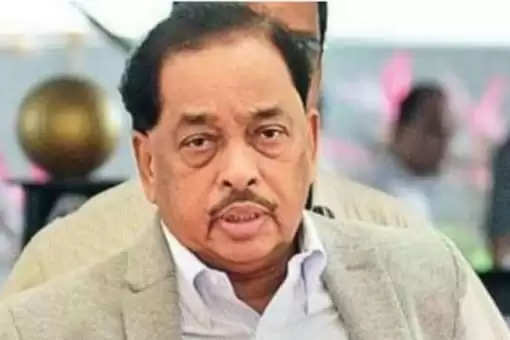 Aday after Union minister Narayan Rane said Maharashtra minister Eknath Shinde is "fed up" with the Shiv Sena and is welcome in the BJP if he wants to switch sides, the latter hit back on Sunday saying the statement was made to create confusion within the Maha Vikas Aghadi (MVA). Shinde also said contrary to the "baseless" claims made by Rane, he was very much happy in the Sena, headed by Chief Minister Uddhav Thackeray.

"Maharashtra minister Eknath Shinde is fed up with the Shiv Sena as he has to ask the 'Matoshree' (residence of chief minister and Sena president Uddhav Thackeray) before signing any file. If he approaches me, I will surely induct him into the BJP. Shinde is bored there and has no work. He is in trouble there, Rane, a former Shiv Sena leader himself, told reporters during his 'Jan Ashirwad Yatra' in Vasai near Mumbai on Saturday. Dismissing Rane's statement, Shinde told reporters that he didn't understand its basis. "I am very happy in the Shiv Sena and the work of my ministry (Urban Development) is going on smoothly. I make decisions for my ministry," Shinde said.

"Rane's statement that I am feeling suffocated in the Sena and would soon leave the party is aimed at creating confusion. Rane has been making such statement since the formation of the MVA government. He intends to create confusion in minds of others (MVA partners). I am loyal to the Sena and Uddhav Thackeray," Shinde said. He gave examples of the Unified Development Control Regulations (DCR) and the ongoing construction of the Samruddhi Mahamarg connecting Mumbai with Nagpur to assert that he was free to take decisions.

"Chief Minister Uddhav Thackeray is involved when it comes to taking any policy decision and we make decisions together," he said, adding Rane, who had served as chief minister of Maharashtra, knows this decision-making process very well. Shinde said Rane in his capacity as Union MSME Minister is free to take decisions but Prime Minister Narendra Modi is involved whenever a policy decision has to be taken. Shinde, the MLA from Kopri Pacahpakhadi in Thane, also said the MVA, comprising the Shiv Sena, NCP and Congress, is functioning smoothly. "The MVA government worked relentlessly during the Covid-19 pandemic and didn't allow the pandemic to affect development works," he added.