New Delhi, Nov 25 (IANS) The Delhi High Court on Friday directed the city government to ensure strict compliance of the 2013 law on manual scavengers, enacted for their rehabilitation and prohibiting such a practice. 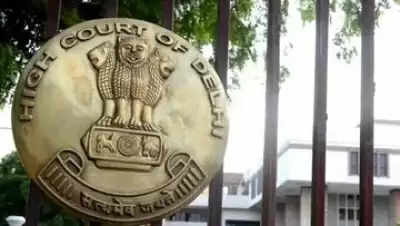 New Delhi, Nov 25 (IANS) The Delhi High Court on Friday directed the city government to ensure strict compliance of the 2013 law on manual scavengers, enacted for their rehabilitation and prohibiting such a practice.

The case pertains to a PIL filed by Former chairman of the Delhi Commission for Safai Karamcharis (DCSK), Government of National Capital Territory of Delhi (GNCTD), and social activist Harnaam Singh raising concern in respect of conditions and facilities provided to various sanitation workers in the national capital.

The plea also sought health insurance and medical facilities for sanitation workers and their families.

A division bench of Chief Justice Satish Chandra Sharma and Justice Subramonium Prasad also directed the Delhi government to keep various recommendations submitted by the DSCK in mind and take a decision within 60 days of any such recommendations being made.

The bench took note of the counter-affidavit filed by the National Commission for Safai Karamcharis Act (NCSK) and the Central government stating that the Commission vide letter dated November 14, 2020, had directed all the district magistrates or district commissioners to furnish details of all the safai karamcharis who have lost their lives due to COVID-19 and the details of compensation granted to them.

The respondent authorities--Delhi government, NCSK, Union of India, and DCSK--have furnished all the details in respect of the supply of PPE kits, N-95 masks, gloves, and other articles to the sanitation

The court was also informed of the safeguards and measures taken for the safety of the workers, including details about the training imparted to the safai karamcharis, their vaccination, and their residential arrangement. They were told that the benefits given to healthcare workers were also given to sanitation workers deployed in the Delhi government's health institutions without any discrimination.

The court was also apprised that the statutory provisions are being followed, compensation is being paid, and the government has ensured that equipment is being provided to the workers.

Noting that DCSK is investigating, examining, and monitoring all matters relating to the safeguards to be provided to sanitation workers residing in the national capital, the court said: "The recommendations of the Commission are forwarded to the GNCTD, and therefore, this Court is of the opinion that the DCSK – as prayed for by the petitioner, is discharging its responsibilities keeping in view the Delhi Act 7 of 2006."

The court thus observed that the Delhi government "does not have any other choice" except to implement the statutory provisions as contained under the 2013 Act and relevant Rules.

"In light of the aforesaid, no further orders are required to be passed in the present PIL. The same stands disposed of accordingly," the court said.