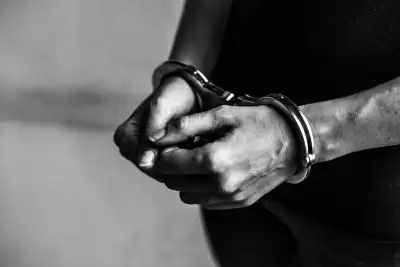 Police have charged the arrested BJP worker, identified as Jagadeeshan of Reddyapetti, under various sections of the Indian Penal Code and the IT Act.

Jagadeesan was arrested following a complaint by the DMK's advocates wing that the BJP worker had uploaded a video in which he was purportedly using foul language against Chief Minister Stalin, his son Udayanidhi Stalin and his late father, party patriarch and former Chief Minister M. Karunanidhi.

The BJP has distanced itself from its worker's act. However BJP spokesman, Narayan Tripathy questioned why no action was taken against DMK leaders including Shivaji Krishnamoorthy and R.S. Bharathy for making derogatory remarks against Governor, R.N. Ravi.

While Krishnamoorthy had used objectionable language against the Governor over his skipping some portions of the speech to the Assembly at the start of the Budget session, DMK Organising Secretary Bharathi had called the Governor a "panipuri wala".

While the DMK removed Krishnamoorthy from all his posts and suspended him from the party's primary membership, no such action was taken against Bharathi. However, the BJP said that there has been no police action against any DMK leader for insulting the Governor.