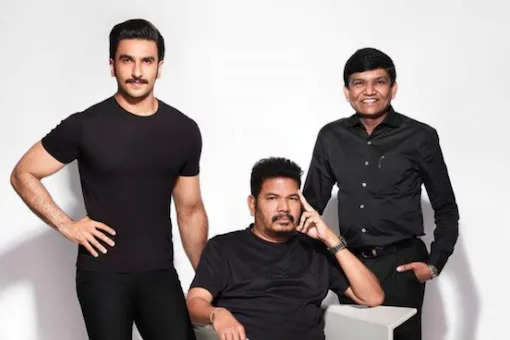 Ranveer Singh’s upcoming film, which is a remake of the Tamil film Anniyan, has recently got into the controversy of copyright. Originally produced by Aascar Ravichandran, the film was to be remade in Hindi by Shankar and Jayantilal Gada. However, Ravichandran said that no legal permission was taken from him for the remake and it is unacceptable. The producer, who has already filed a complaint against Shankar for taking up the project without his consent, has spoken to the South Indian Film Chamber of Commerce (SIFCC). In a recent interview with ETimes, Ravichandran said that he will soon move to the court with his appeal. He was outraged to see his own film’s rights being acquired without a conversation with him. Since he is the producer of the original film, the rights are his to decide, he claimed.

Earlier this year, Shankar shared a picture of himself with Ranveer and Gada and introduced the film on his Instagram profile. “In this moment, no one will be happier than me, bringing back the larger than life cinematic experience with Ranveer Singh in the official adaptation of cult blockbuster Anniyan,” read his post.

Ravichandran came to know of the project from social media and was surprised that it was announced publicly without his knowledge. Responding to the producer, Shankar said that since he is the author of the film, he holds the copyright but according to Ravichandran, he had hired Shankar as the director. Anniyan was made in 2005 with Vikram in the lead role.

The producer is all set to move to the court, however, he has been asked by SIFCC to wait for some more time as they are in a conversation with the film association of Mumbai. Ravichandran also said that more than Shankar, he is looking to speak at length with Gada - who will be producing the remake. Ravichandran also mentioned to the publication that this is the first time that something like this is happening to his film.