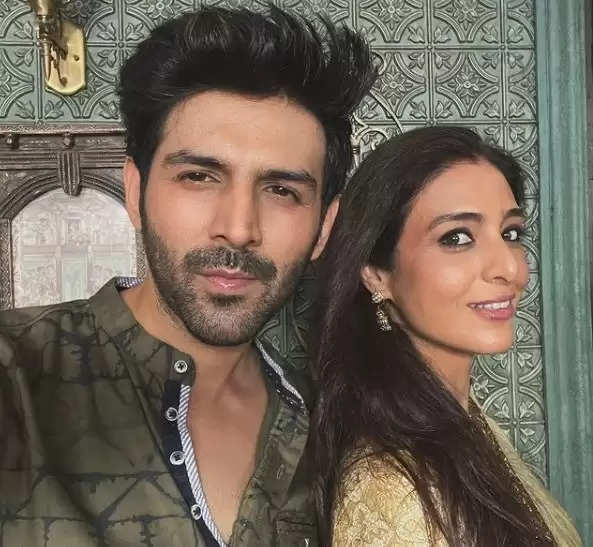 Bhool Bhulaiyaa 2 was announced in 2019 and since then the shooting of the film has hit the speed breakers several times due to ongoing pandemic. The film has finally entered its final leg and Kartik Aaryan has resumed shooting for the same. The actor shared a photo with his co-star from the film Tabu and announced the same.

Sharing the photo, he wrote,"Begin Again #Bhool Bhulaiyaa 2" In the photo, we can see Kartik and Tabu together. Film Bhool Bhulaiyaa 2 is a sequel to Priyadarshan's film 'Bhool Bhulaiyaa'. While the first part was a  psychological thriller, the second part will be a proper horror-comedy. The film is directed by Anees Bazmee and bankrolled by T Series. It stars Kartik Aaryan, Kiara Advani and Tabu in leading roles.

The actor who has a busy lineup of films has taken a break from the shoot of his film 'Freddy' to complete the shoot of this film.  He will wrap the film by September. Tabu and Kiara will also be joining the schedule. On the work front, the actor has a list of films in his kitty. He will next be seen in Ram Madhvani's 'Dhamaka' alongside Mrunal Thakur. The film is an official remake of the 2014 film 'The Terror Live'.

He will also be seen in Freddy- a romantic thriller directed by Shashanka Ghosh. He also has Hansal Mehta's Captain India and Sameer Vidwans' directorial venture, which was earlier titled Satyanarayan Ki Katha.