Chehre Producer is 'Backing' Rhea Chakraborty, Says 'Lot of Injustice was Done to That Poor Girl' 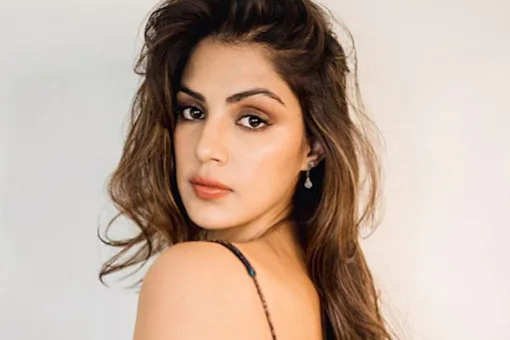 Rhea Chakraborty is set to make her on-screen comeback with Rumi Jafry’s Chehre, also starring Amitabh Bachchan and Emraan Hashmi, 14 months after she was accused of abetting her boyfriend, actor Sushant Singh Rajput’s suicide by his family, which eventually resulted in a media trial parallel to the ongoing investigation. The actress also spent nearly a month in Byculla jail in a drugs case linked to Sushant’s death. Rhea has denied the charges.

Now, Chehre producer Anand Pandit has come out in support of Rhea and believes that people will welcome her with open arms when their film arrives in cinemas on August 27.

“I personally feel it was a tragedy in her personal life so I don’t want to comment on that but a lot of injustice was done to that ‘poor girl.’ She has done a brilliant job in Chehre and we are completely backing her and I am sure people would love to see her back on the silver screen," Anand told us.

Rhea was not involved in Chehre promotions until the film’s trailer was released in March earlier this year. She has actively been sharing promotional clips and posters of the film on her Instagram stories. Talking about the same, Anand said, “If she is comfortable with doing promotions, we will definitely involve her."

Chehre was earlier scheduled to be released in July 2020 but was pushed due to the coronavirus pandemic. It was later set to bow out on April 30 but was again postponed in the wake of the second wave of COVID-19. The producer said that it was “a pain" to create a buzz around the film over and over again.

“We had to spend a considerable size of money and a lot of effort also went into it. But anyway, it’s a part of the game and you can’t complain about it. I’m just happy that we got a good response from the film’s trailer," he said.

Talking about how the Covid-19 situation has affected the film’s budgeting, Anand said, “Our overall budget has shrunk. We have to take care of our units and spend a lot of money on Covid protocols also. If you talk about promotion, it’s mostly being done via social media only."

When asked about what made him back Chehre, Anand said, “Firstly, I wanted to make a psychological thriller for a long time. Secondly, I had been eagerly wanting to work with Mr. Bachchan. And, when the living legend himself greenlit this script and said that he wanted me to make this film, it gave me a kick as a producer and I immediately jumped on it."