The dog was roaming on the banks of the river when the crocodile attacked, see what happened next in the video 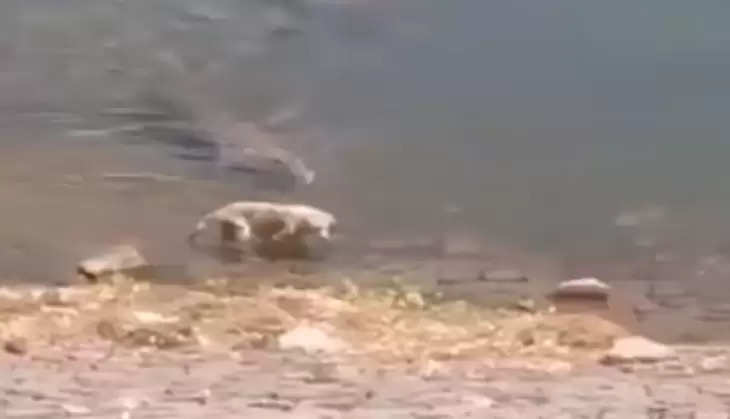 ajab gajab jaipur desk !!!Crocodile can attack any animal and make it its prey, it has the power to hunt the animal not only in the water but also outside the water. That is why crocodile is considered a very dangerous prey. We got to see one such video on social media. In which a dog roaming on the banks of the river was attacked by a crocodile and seeing what happened after that, you will get goosebumps. This video has been shared from Twitter account @iftirass.