Such a river flows in the Amazon forest in which the one who falls does not survive, know why 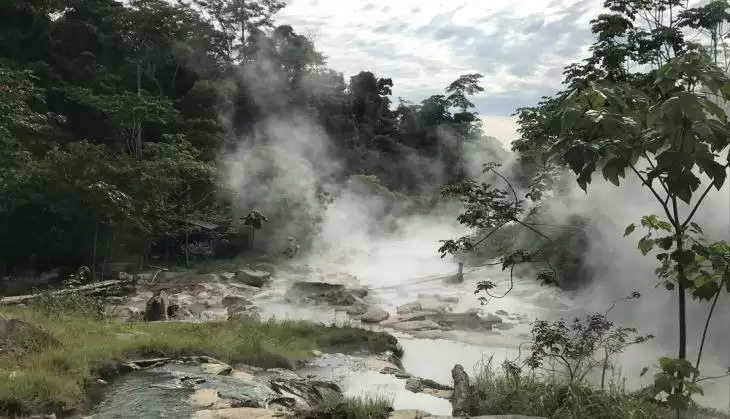 ajab gajab jaipur desk !!!
Amazon, the largest forest of Nia, is full of all mysteries. There are many such mysteries in it which are surprising to humans. The Amazon forest is spread over several billion acres. Let us tell you that 20 percent of the oxygen on the whole earth comes from the Amazon forest itself. The world's largest Amazon forest touches the borders of nine countries alone. It is also said that such creatures and other things are present in this forest. This is the reason why the thought of going deep into this forest cannot be thought of. One of these is the river of this forest. In which, after falling, the hope of survival of anyone ends. Actually, the water of this river keeps boiling.

It is said that if someone accidentally falls in its water, then his death is almost certain. Let us tell you that this mysterious river present in Peru was discovered by geologist Andre Rujo ten years ago i.e. in the year 2011. The story of the discovery of this river named Mayantuyaku is very interesting, about which Andre Rujo told that, since childhood, he was told stories of many imaginary rivers. Which used to fill them with wonder, but then they did not realize at all that such a river really exists.