Parsi New Year 2021: History, Significance and All You Need to Know about Navroz 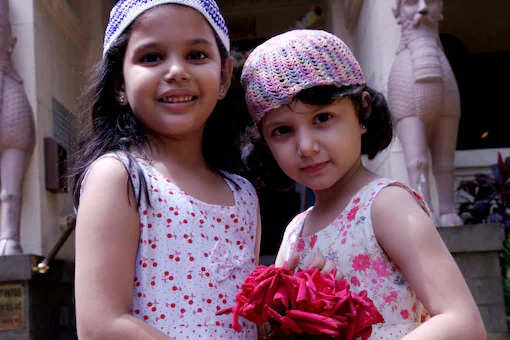 The Parsi New Year is a regional festival observed on the first day of Farvardin, the first month of the Zoroastrian calendar. It is also known as Navroz, which is derived from the Persian words Nav and Roz, which indicate a ‘new day’. The celebration occurs around the Spring Equinox around March 21 each year. However, the Parsi community in India follows the Shahenshahi calendar which does not account for leap years. Hence, the celebration has now shifted by 200 days from its original date of the spring equinox. The Parsi New Year in India is celebrated later in July or August. Navroz 2021 will be celebrated in India on August 16 (Monday).

Zoroastrianism, one of the earliest known monotheistic faiths, is practised by Parsis. It was created over 3,500 years ago in ancient Iran by Prophet Zarathustra. It was the official religion of Persia (now Iran) from 650 BCE until the emergence of Islam in the 7th century, and it was one of the most important faiths in the ancient world for over 1000 years.

When the Islamic troops invaded Persia, numerous Zoroastrians fled to lands like Gujarat in India and Pakistan. The Parsis (‘Parsi’ is Gujarati for Persian) are the largest single group in India, with an estimated 2.6 million Zoroastrians worldwide.

The Fasli/Bastnai calendar, which sets the beginning day of the year on the Spring Equinox, was used by Zoroastrians in Iran and other Middle Eastern countries to celebrate the Persian New Year. Despite the fact that they are not Zoroastrians, many people and cultures in the region celebrate Navroz, a popular festival.

Parsis clean their homes and adorn them with flowers and rangoli on this day to make them appear attractive and inviting to guests. The community attend the Fire Temple after breakfast, dressed in traditional costume, and conduct a prayer called Jashan to convey thanks to the Lord, pray for prosperity, and seek pardon. As offerings, milk, water, fruits, flowers, and sandalwood are placed in the sacred fire.

Moong dal, Pulav, fish, Sali Boti, and Sweet Ravo are among the delectable foods cooked in Parsi homes for a full feast. Upon arrival, guests are greeted with a sprinkle of rose water and handed Faluda to drink. In addition, individuals frequently mark the Parsi New Year by making philanthropic contributions.