Lions were trying to hunt giraffe, see how bravely defeated the king of the jungle in the video 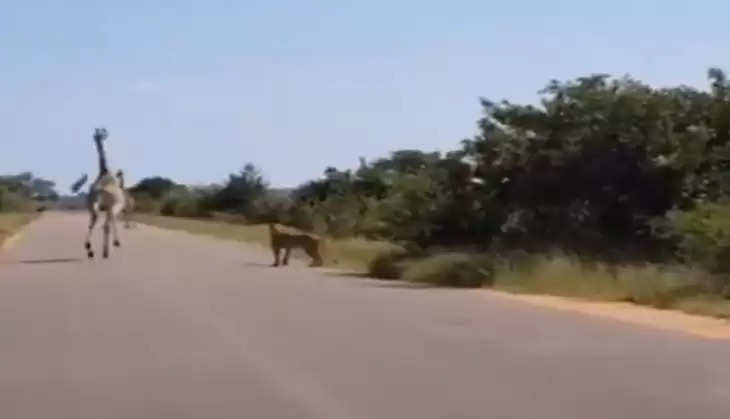 ajab gajab jaipur desk !!!Facing any trouble in life bravely guarantees your success. But even a little carelessness can end life in an instant. These rules apply not only to humans but also in the forest where predatory animals make their prey in a moment of other animals. But animals who work with bravery and courage become successful in even the most difficult tasks. We got to see one such video on social media. In which the giraffe defeated the lions trying to hunt a giraffe.

Now if the giraffe has defeated the king of the jungle, then he must have shown courage. This video has been shared from Twitter account @iftirass. Which has been viewed more than 3400 times so far. Along with this, this video has also received 28 likes and 10 retweets so far. It can be seen in this video that a lion has come to the middle of the road in search of prey in a forest. During this, he gets an idea of ​​an animal coming towards that side.